Religion that God our Father accepts as pure and faultless is this: to look after orphans and widows in their distress and to keep oneself from being polluted by the world. - James 1:27

In the Province of Prey Veng, Mesang is one of the poorest villages in Cambodia.

Subsistence farmers, the local people have barely enough to eke out a living. Insufficient food, poor sanitation, and lack of safe water means the rates of malnutrition and illness are higher here than the country's high average.  Lack of skills and poor job prospects exacerbate the issues, making family members, particularly the children, vulnerable to exploitation and trafficking.

Stitches of Hope cares for about 40 ladies in this village, 10 of whom suffer from HIV/AIDs, and has done so since 2010. Because of the enormous need for food and medicines and sanitary improvements for many of the widows and children, support was vital as many of the husbands went to find work in the city of Phnom Penh and other larger towns. Sponsor's donations have enable these women to receive food parcels and anti retro-viral medication which keeps the virus under control. Thank you to our supporters who are changing lives in this remote village.

Starting in 2013, five homes, then another five, have been built, with shared ablutions, to replace the shanties that provided little shelter and safety for some of the widows.  Their smiles record their profound thanks.

Land was purchased (in 2013) and an ambitious agricultural project for self-sufficiency has been embarked upon, which includes growing rice, vegetables, fruit and an aquaculture project.

2014 saw interest and substantial help from Rotary International for this venture. 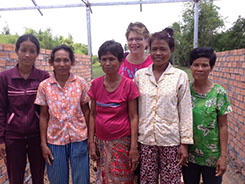 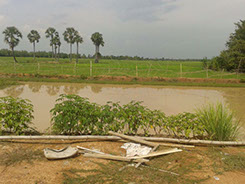 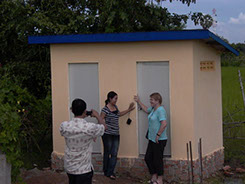 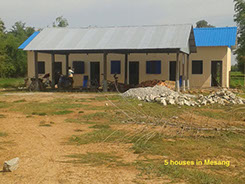 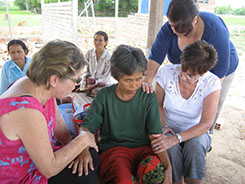 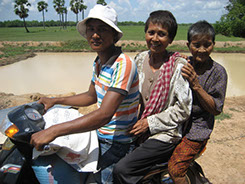 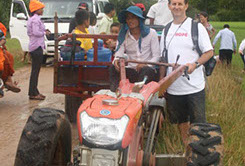 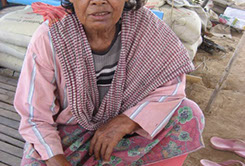 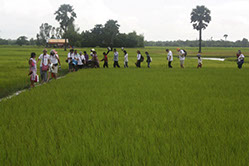 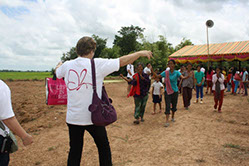 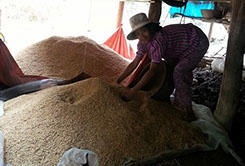 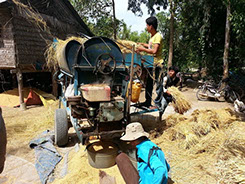 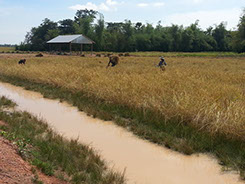 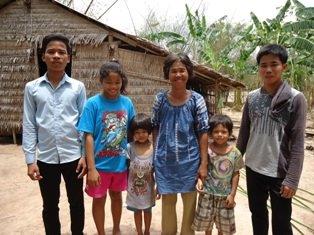 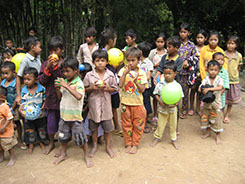